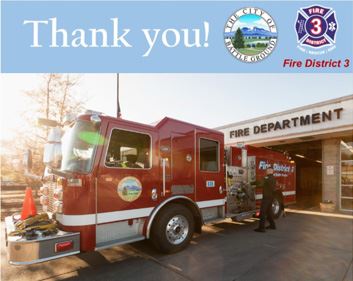 Update and Next Steps (February 2020)

Thank you again for allowing the City of Battle Ground to annex to Clark County Fire District 3. We appreciated the questions and dialogue over the past several months and hope that it will continue.

We want to share with you next steps to finalize the annexation. By state law, the annexation will take effect on January 1, 2021. This provides us with the time needed to finalize administrative details, such as working with the county to certify the new boundary of Fire District 3.

Property owners in the City will see a new fire levy on their property tax statements in February 2021. The utility tax decrease will take effect for all City water, sewer and stormwater customers beginning with their January 2021 billing.

Under the annexation agreement, Fire District 3 will continue to lease the City-owned fire station for $1 a month. The City will transfer ownership of its two fire engines to the District and will convey unimproved property within the city to the District for a future station at the appropriate time. The city will maintain ownership of the existing station as part of its public safety complex.

The City will move forward with planning for improvements to police, roads, parks and trails and begin to implement those improvements as revenue is received in 2021. We are excited to share information with you as these projects take shape, and provide enhanced services for our community.

As always, please let us know if you have questions. Thank you!

Unlike other cities in Clark County, the city of Battle Ground contracts for Fire/EMS.  The cost of the contract with Fire District 3 is paid out of the city’s general fund along with all other services, including police, streets, community development and parks and recreation.

In 2019, the cost of the contract equates to 98.5% of the city’s property tax revenue and is projected to exceed that amount by 2021.  This means city services, including emergency services, would have to be cut to maintain a balanced budget.

Voters will be asked if the City of Battle Ground should annex into and be part of Fire District 3 on the February 11, 2020 Special Election Ballot.

Annexations means that the area within city limits would become part of Fire District 3’s jurisdiction. Property owners within the city would pay for fire/EMS directly to the fire district at the same rate as current district residents - projected to be $1.30 per thousand of assessed value in 2021 when annexation would take effect.

To help offset the cost, the city will reduce its water, sewer, stormwater drainage 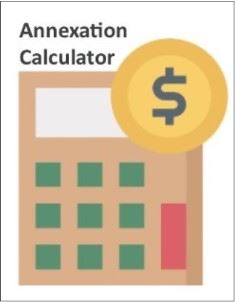 Annexation protects emergency services and enables the fire district to make long-term investments to maintain emergency service levels and response times. It also would help the city fund stronger policing efforts, better streets, parks maintenance and programs that build community. Under annexation, city residents would also be able to vote on fire district matters such as commissioners, levies, and bonds, which they currently can’t do. 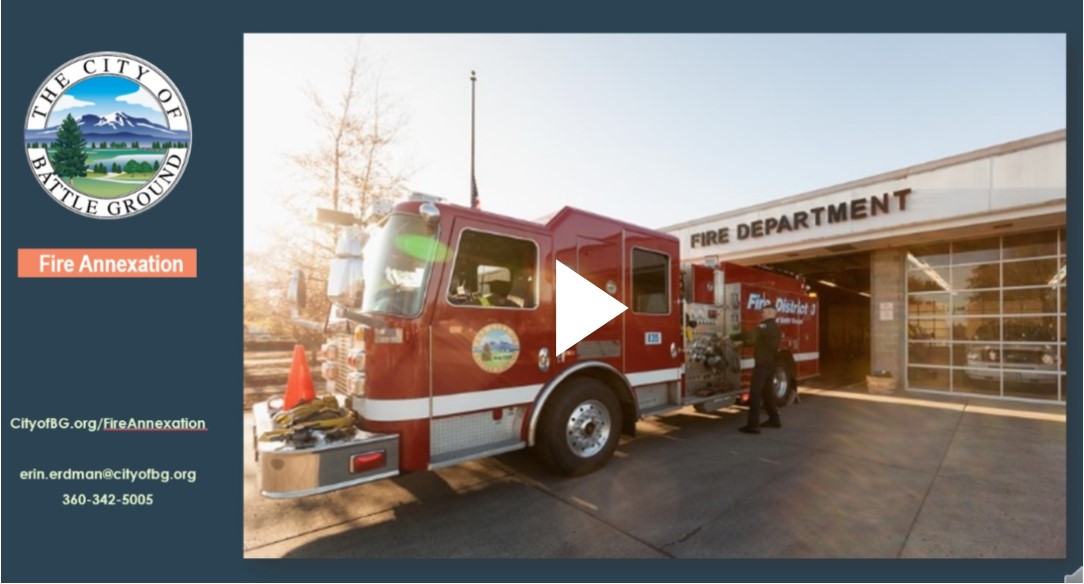